HISTORY OF THE MAILLOTS EZZY SWIM

Our collections of men’s and women’s swimsuits are the result of travel and the desire to provide everyone with the means to swim in complete serenity, after fully satisfying personal experiences. These collections are the result of those moments when only sharing, well-being and relaxation are at the heart of our concerns. Our desire was then to create a swimsuit that puts men and women of all conditions in the water, with zero stress; A collection that showcases your body and femininity a permanent wish to bring you happiness, well-being and joy, because with this feeling everything inevitably goes well.

The Ezzy Swim swimsuits were born out of the concerns of its creator. Some twenty years ago, vague apprehensions about the risk of falling into the sea under normal living and working conditions at the offshore oil sites where he worked; even if the statistics poor, as they say, there is no such thing as “zero” risk. You can have these same apprehensions on any ship, cruise ship, oil tankeror or other. Then the concern became more pressing and personal six years ago (2013), when, being expatriated to a major capital of a Gulf of Guinea, he had to bring his son and his wife there, because he himself could not return home because of very Important. He was keen to please his son by taking him to the pool at the company’s Leisure Centre. Because he used to frighteningly hot.

But this father had a serious problem: he was not sure to be able to swim next to his son. He had taken a few courses, 20 years earlier, with a unique and erratic crossed basin and then absolutely no practice thereafter. Was he going to use a lifejacket or swimming? Out of the question, especially in public, possibly in front of his colleagues!

Then came the more or less wacky solutions scaffolded a few years ago, offshore. Then came THE solution: integrate and distribute
floats in a classic swimsuit! And it was quickly done and well done, albeit sketchy. And this ancestor of the Ezzy Swim jerseys was ready in time
and allowed to have several good leisure moments with the son in this particularly hot city.

The satisfaction and ease repeatedly confirmed with each use have aroused the desire to share it with others. This is how it became formalized
and implemented the Ezzy Swim project, launched at the end of 2016 with the first Men’s prototypes. Then mass production in August 2018; launching the
Women’s line this summer.

Today we present the ezzy Swim new generation men’s and women’s swimwear collection that will allow you to discreetly enjoy your holiday serenely, the floating swimsuit concept allows you to accompany your loved ones more away and longer due to less intense effort at sea or in the basin and to know that in any circumstance you will float with ease.

For whom are the Ezzy Swim?

A few numbers to fix the ideas:

Whatever your relationship to water, Ezzy Swim is the assurance of “Zero stress” in the water.

“Unity is strength” is our credo. Thus, we are convinced that “several brains will be
smarter than one” that a society will be more dynamic, powerful and prosperous than with the
the release of all the creative and active energies of the greatest number of its citizens.

ANDisTech aims to develop and promote innovative and distributive technologies. this
are principles that the founder of ANDisTech has made his own for years through his various works
research on multi-body wheeled vehicles, extended to convoys of vehicles, and then flying devices
(aircraft, missiles…). We therefore believe in the pre-eminence of well-coordinated distribution on the
concentration.

The details are perfect. Perfection is not a detail, however, it is essential and does not reach
with rigour and ambition to satisfy our customers. Satisfy, listen, guess the new
to raise the bar, every day, everywhere and every moment. This guide requirement
our team on a daily basis, and allows us to surpass ourselves to achieve ambitious goals and never
based on what we have learned.

In many ways, our first product, the Ezzy Swim series of floating swimwear, responds well to these
Principles. 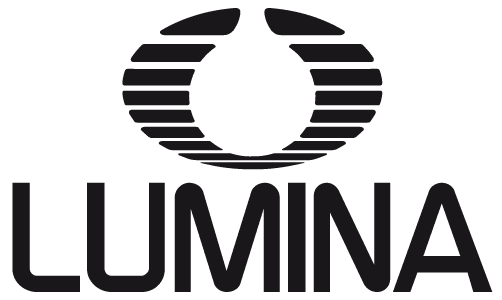